Bottle feeding is an art.

If there’s one thing that surprised me as a newbie nurse in the NICU (Neonatal Intensive Care Unit), it was how awful I was at bottle feeding babies! Seriously though… I can’t tell you how many times I had to call on my more experienced colleagues to feed a child for me. Bottle feeding is an art, and thankfully I got better at it. Not all babies instinctually pick up on bottle feeding, especially those who are breastfed. As a lactation professional, many people would be surprised to hear that a big part of the job involves teaching about bottle feeding. Moms deserve a break, and if breastfeeding is well established, there is no reason that your baby can’t be fed in alternate ways in addition to the breast.

So as a little disclaimer, bottles aren’t the only way to feed a baby! You could also spoon, cup or syringe feed if you’re hesitant to introduce a bottle. If breastfeeding isn’t well established and baby is needing to be fed in any way other than the breast, one of the other methods are preferred over the use of a bottle.

Which bottle is best? 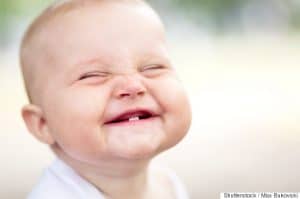 Moms spend a fortune finding a bottle that works best for their breastfed baby, and honestly, though their intentions are good, they are looking for the wrong things. There is no one bottle that is most similar to the breast, so don’t fall down those expensive marketing rabbit holes. Babies also need to use their tongues and jaw to work together rhythmically to remove milk from the breast, which is quite different than a bottle. Even with a slow flow nipple, milk still dribbles out of the bottle when placed in baby’s mouth and held at a downward angle, regardless of what efforts the baby is making.

I don’t buy into “nipple confusion”. There isn’t much science to back up its existence, and in fact, some studies suggest the issue may be more about flow preference than nipple preference. Like previously mentioned, babies don’t have to work as hard to get milk from the bottle, so why wouldn’t they prefer to work less hard for their meal?!

So what flow nipple is best?

For younger babies (under 6 weeks old), I would really only encourage use of slow flow nipples, since breastfeeding is still relatively new, and we need to be cautious of a flow preference and protecting their airways from a gush of milk.

For babies older than 6 weeks,  some will prefer a bit faster of a flow so they don’t get frustrated. Feeding a frustrated baby is NEVER fun. 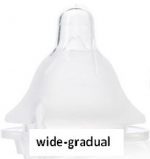 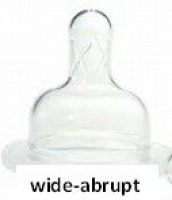 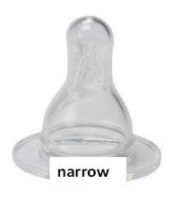 Shape of the nipple is another important consideration, and there is no easy answer for this given that we are aiming for the latch to LOOK as similar on the bottle, as it looks on mom’s breast. Every breast shape is different, and every baby’s suck is slightly different as well, so there is no one nipple that will work best for every baby. In general, moms should look for a nipple with a round tip that gradually gets wider as it moves towards the base. – These are referred to as a wide-gradual shape, and allow baby to get a nice flanged-lip seal without slipping down the nipple as the feed progresses. You’ll also want to find a nipple with a soft and malleable texture, rather than a stiff one.

Here’s How You Do It:

What If That Isn’t Working?

Baby Is Taking A Bottle – Now What?

Carrie is the founder of The Mama Coach. She is a RN, IBCLC lactation consultant, sleep consultant and mama of two little guys. She leads the North American team of Mama Coaches and is committed to making parenthood easier.
PrevPreviousWe Are All Attached
NextThe Dreaded Overtired Baby…Next

The Mama Coach™ is a team of Registered Nurses and Nurse Practitioners across the globe committed to making parenthood easier.  Our programs are based on science, empathy, and support.  Created by The Mama Coach™ founder and CEO, Carrie Bruno, a proud Registered Nurse (RN) and International Board Certified Lactation Consultant (IBCLC).