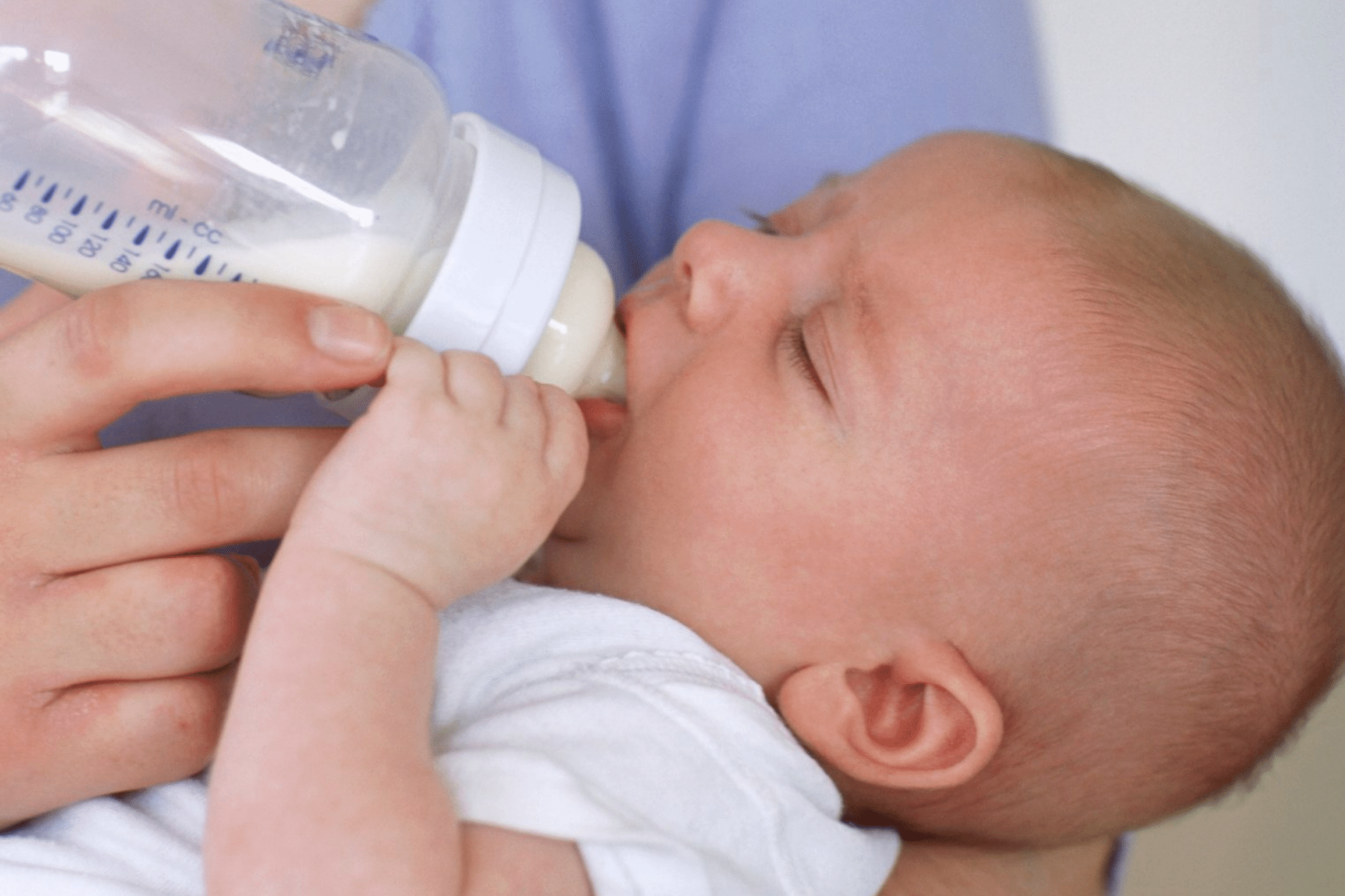 As a NICU nurse, I always knew that I wanted to breastfeed my babies. It took us about 6 years to conceive our boys, so when I was pregnant, the idea of breastfeeding was pretty set in my mind. I assumed that because I spent my shifts in the NICU helping mothers breastfeed their babies, that I would be able to breastfeed with no problems. I could not have been more wrong. I struggled hard!

I ended up on bed rest for the last 7 weeks of my pregnancy as I was at high risk for preterm labour. Then I had my babies 2 months early. Lastly, I ended up giving birth by caesarian section. As hard as I tried, I was already set up to struggle with breastfeeding. To clarify, I’m not saying by any means that someone in my position will fail at breastfeeding, but I am saying that these circumstances didn’t set me up for success.

For days after my boys were born, I pumped every three hours. For the first 4 days, I got nothing! I was so discouraged. The lactation consultant visited me in the NICU daily to see how things were going. I cried to her daily that I was feeling disheartened. She kept encouraging me and praising my effort. By the time my boys were a week old, I was only pumping a total of an ounce a day. I was both discouraged and determined to get more. I started some herbal supplements after talking to my physician and I also starting eating some natural galactagogues (oatmeal and flax). I drank lots of water, put my feet up often, and power pumped once a day. By the time we hit two weeks, I still was not getting enough milk for my two babies, not even close. Thank God for human donor breastmilk for NICU babies!!! My physician prescribed a medication to help with lactation. I had hoped that this would be the golden ticket to lactation success!

When my boys were 4 weeks old, we were discharged from the NICU. I still was not making enough milk for both of my babies. At that point I was doing a combination of breastfeeding both babies at the same time, topping them up by bottle with breastmilk and formula, and bottle-feeding. Every lactation professional that I spoke with said that I was doing everything right.

By the time my boys were three months old, I was being treated for postpartum depression and anxiety, I was angry and tired, and totally discouraged. After a hard discussion with a dear friend one night, I finally decided to quit breastfeeding. This was a decision that I grieved for weeks. I loved feeding my babies at my breasts, but the reality was, I wasn’t able to maintain the 3-hour feeding schedule that I had been doing for 3 months; breastfeed for 30 minutes, a top-up for 30 minutes by the bottle, hold upright, and pump. Every feed was taking me one to one and a half hours. My mental health had suffered! I was no longer bonding with my babies and I was so guilt-ridden and stressed that I felt like a complete failure!

Years later, I was taking an extensive lactation course to prepare for writing the lactation consultant exam. I was reading about insufficient glandular tissue. I had an aha moment. I had all the classic signs of IGT; small widely spaced breasts, late puberty, no increase to breast size during pregnancy, and a difficult time producing milk. I cried for an hour! Not because I was sad but because I was relieved! I had beat myself up for years about not being able to breastfeed my babies, and now I could absolve myself of any guilt. I literally have a physical reason that I could not breastfeed my babies! That realization has set me free!

The moral of my story is that sometimes breastfeeding fails. That is okay!!!! As a lactation professional who works with moms all the time, I fully believe that FED IS BEST! I love promoting breastfeeding and will continue to; however, there are some women out there who will not necessarily “succeed” at breastfeeding; not by society’s standards. The goal of feeding your baby should be, healthy mom and a healthy baby.

There are three main reasons why breastfeeding may not be successful

Stimulation to your breasts is one of the most important factors to producing milk. The stimulation is what tells your body to make more milk. For any mom who is struggling with her supply, the initial recommendation for low supply is to feed more often, ensuring a good deep latch, pump after feeds, and power pump once a day. If the mom doesn’t have underlying surgical or medical issues, these recommendations usually help to build up her supply.

When a woman has a history of breast surgery, she could exclusively breastfeed, depending on the type of surgery she had and how much glandular tissue was removed. When a Mom has a history of breast surgery, working with a lactation professional during pregnancy would be the best advice I could give. While working together, they can figure out what type of surgery she had, how much tissue she has left, Mom’s goals for breastfeeding, and some possible supplementation systems for Mom to use on her journey.

If breastfeeding is your goal, talk to your health practitioner and a lactation professional during your pregnancy. Often, challenges can be discovered during pregnancy, and by the time baby comes, Mom is better prepared to meet her goals.

Carrie is the founder of The Mama Coach. She is a RN, IBCLC lactation consultant, sleep consultant and mama of two little guys. She leads the North American team of Mama Coaches and is committed to making parenthood easier.
PrevPreviousSigns You May be Pregnant With Twins
NextHow to Overcome the Fears of ChildbirthNext