Shingles in Pregnancy: What are the Signs?

When we are pregnant, we naturally worry about being around people who are sick. Protection mode sets in early! One disease you may come across is shingles. The cause for shingles is unclear but has been linked to lowered immunity to infections as we age. 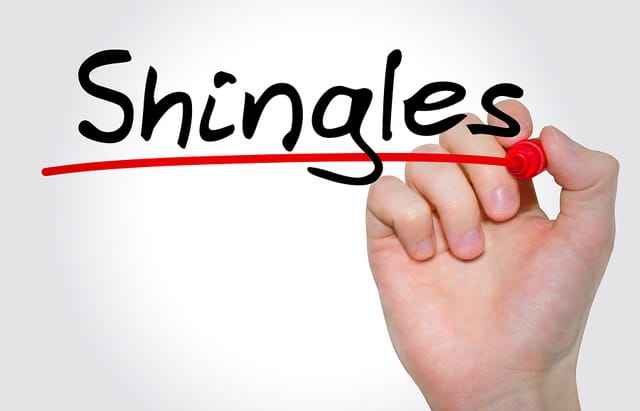 The Low-Down on Shingles is caused by the varicella-zoster virus, (a virus in the herpes family) the same virus that causes Chicken Pox. After you’ve had Chicken Pox, the virus lies inactive in nerve tissue near your spinal cord and brain. Your immune system usually keeps the virus in check. But things like illnesses, immunosuppressive drugs, and severe stress can affect the immune system’s ability to hold back the virus. That’s when it could become reactivated as shingles.
Someone with shingles can spread the virus to someone else only if that uninfected person has direct contact with a rash that hasn’t yet healed. While you will not catch shingles from exposure to such individuals, you could be exposed to VZV (virus) and develop chickenpox. Shingles could then someday also appear, but only after chickenpox has run its course. Make sense?
Once you have had chicken Pox, you are immune to it for the rest of your life. If you’re pregnant and you’ve never had chicken Pox, you should try to avoid being around people who have chickenpox or shingles (you can contract chicken pox from someone who has shingles), even if they’re just getting over their conditions. If you have had chicken pox, during your pregnancy, your bodies immunities are pumping around, through your placenta, protecting your baby.

Early symptoms of shingles include burning or shooting pain and tingling or itching, generally on one side of the body or face. For some, the pain is extreme. It may be accompanied by fever, chills, nausea, diarrhea, and difficulty urinating. The pain and tingling are followed by a rash, which begins with reddish bumps, most often on the trunk, and often follow a nerve path, so present almost in a straight line. In a few days, the bumps become fluid-filled blisters, which usually crust over and fall off after 7 to 10 days.

*If you’re pregnant and you have already had chickenpox, you and your baby are safe from exposure to anyone with chickenpox or shingles. You can, however, develop shingles during your pregnancy if you had chickenpox as a child. Though this is unusual since shingles typically appears after your childbearing years, it can happen. Your baby will be safe if you develop shingles.

If you do not have the antibodies (if you have never had chickenpox) for the Chicken Pox virus, you can receive an immunoglobulin injection. This shot will contain chickenpox antibodies. Getting this injection could mean that you may have a less serious case of Chicken Pox or avoid getting Chicken Pox and possibly Shingles altogether. You should get the injection within 96 hours of exposure for it to be as effective as possible.

The odds of you developing shingles while pregnant are low. Even if you do develop it, shingles is unlikely to affect your baby. It may make your pregnancy more difficult for you because of the pain and discomfort involved.

If you suspect you may have contracted Shingles or Chicken Pox, notify your doctor right away.

Carrie is the founder of The Mama Coach. She is a RN, IBCLC lactation consultant, sleep consultant and mama of two little guys. She leads the North American team of Mama Coaches and is committed to making parenthood easier.
PrevPreviousDid You Know it’s NICU Awareness Month?
NextHow Much Caffeine is Safe During Pregnancy?Next