At this very moment, I am in the middle (specifically, Texas) of relocating from sunny Los Angeles to snowy Philadelphia and have absolutely zero experience with snowsuits and car seats. How fitting, that I get to address it with you in this article. The basics of car seat safety are vital to saving lives. 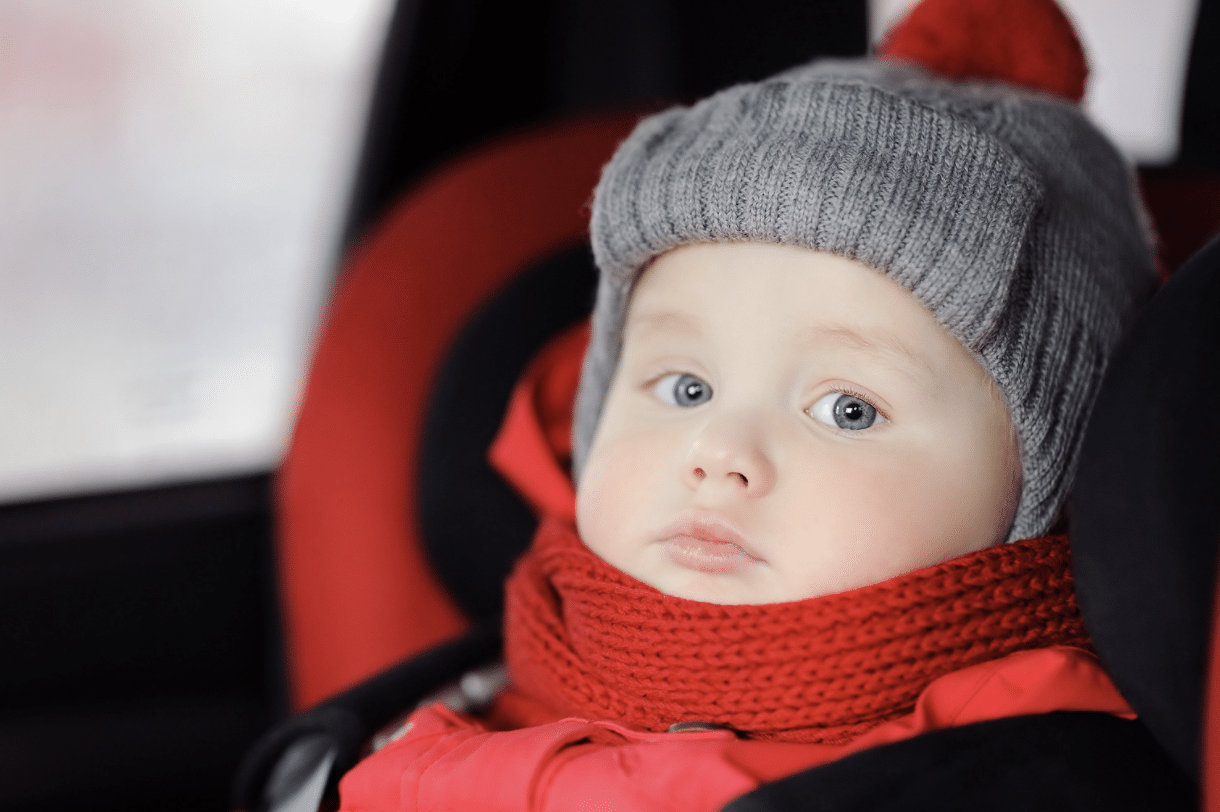 When my daughter was a newborn, I swore to keep her backward-facing until outgrowing the seat. Alas, as with most things in parenthood, it did not work out that way. She would scream and scream for the entirety of car trips, no matter their length. After she was two, I tried turning her around and she protested much less. Now that she’s three and a half, she is verbal enough to tell me that she feels sick in the car. She’s inherited my motion sickness and I’m so sad that she was ill all those times that I was frustrated with her crying.

I wish I could do more to help my daughter, but safety is non-negotiable. During the winter, it takes time to get the kiddos bundled up just to get to the car. It seems awfully inconvenient (and cold!) to unbundle them just to put them in the car seat. Especially for those quick rides to school or the store. But here’s the deal, Mamas, any type of bulky clothes will cause slack in the harness. You should not be able to pinch the straps (Biagioli, 2002.). When the littles are wearing layers or even just one puffy coat, the straps may feel tight but in reality, they could be an inch off of their bodies. This slack could create enough space for the child to be thrown from the seat during an accident. We all know how smooth and slippery those puffy coats are too. We don’t want to make it even easier for our kids to be tossed.

Coats could also displace the retainer clip. That center latch should be level with their armpits. That puts the impact of an accident safely on their sternum, or breast bone, and not on their diaphragm (which controls their breathing) or on their abdomen, which could cause internal bleeding or organs to rupture. The top of the straps should be below the shoulders if your child is rear-facing and at shoulder level if front-facing. Again, this is hard to accurately assess if there’s a lot of clothing in the way. Once your kids are safely strapped, you can add a blanket on their laps for warmth. If you have a rear-facing infant, be mindful of the blanket near their face, as suffocation is also a safety issue! I also recommend one of those little mirrors so you can see their sweet little faces from the driver’s seat.

According to the CDC, accidental injuries- which include car accidents- are the number one cause of death in children from age 1 to 19. However, passenger deaths are down 47% from the year 2000 to 2009. And for infants under 1, motor vehicle deaths are down 50% in that same time frame. The American Academy of Pediatrics updates their safety guidelines for car seats fairly often, based on new research and technology, but state laws are sometimes slow to follow, with the most minimum of requirements. Always look up what your local laws are, in addition to the most current recommendations.

Brittany is a Philadelphia nurse who specializes in labor & delivery and forensics. This unique insight brings trauma-informed care to her Mama Coach clients.
PrevPreviousAdjusting Sleep Schedules for Spring Daylight Saving Time
NextBaby and Signing: Should you try it?Next